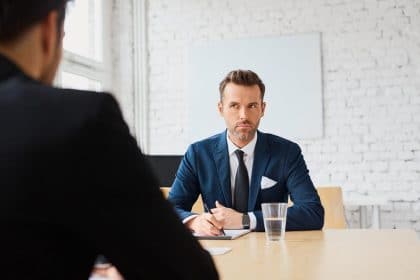 Up until this point it was simple. Work hard, get promoted and earn more. Simple.

Then one day your boss calls you in and explains that you have been identified as talented and you have been recognised for the hard work you are putting in. It’s sounding good so far. Your boss then goes on to explain what you need to do to get the next promotion. This should be great news, but as you look at  your boss and begin to digest what is being said, you are suddenly overcome with the realisation that you are not sure if you want the role. You have been a top performer so far (maybe even coasting), so this thought comes as a surprise, you start drifting off thinking, hardly paying attention to what is being said, nodding occasionally in agreement. But in your head you have started contemplating the reasons why you might not want the role, maybe you have started building a family and your career is no longer your number one focus* (if it ever was). You are suddenly faced with a question never considered before in your corporate world experience. – Do I even want this promotion?

By this time you have spent about 20,000-30,000 hrs of your 80,000 hrs at work. So it is an ideal period to take time for refection and answer the questions below in your own mind. Perhaps my thoughts will help.

First Question – Why is it assumed I want the promotion?

The first thought is Money, but a somewhat surprising point may come in your 30s when you are earning enough, any increase gets across 12 months, with the tax man taking their significant cut, so it’s only slightly noticeable and won’t make you any happier. The increased stress of the role and/or hours may in fact reduce your happiness.

Studies have repeatedly shown that Money is not a motivating factor (after certain needs are met, I could argue relative lack of it can be demotivating, but perhaps enough is to say it is not the motivator it is thought to be). The three most consistent motivators in the working world are Autonomy, Mastery and Purpose. It is assumed these are increased with each promotion, but hardly guaranteed, particularly as you climb the corporate ladder.

A fourth motivator, particularly for those with a family is Security. So will this promotion make you more secure? – Not from my corporate experience. Redundancies and restructuring can happen at any level. Security comes with staying relevant to the needs of the job market, regardless of level.

Second Question – What is stopping me from wanting the promotion?

This is likely to be multi-faceted and a few ideas are examined below.

Third Question – Why should I want a promotion and what are your alternatives?

Final Question – If you are still unclear – Maybe it’s not your career that needs evaluating, maybe it’s your priorities?

In a nutshell, it is important not to stay stagnant in your life. Look for areas of growth, but perhaps at this stage your career is not the priority, but until you are clear on your priorities*, your career will be. We have been trained that way. Once you are clear on your priorities, the next step is to instil the discipline and set up the structures to align to those. For example if you want to leave each day at 6pm. Set a reminder to shut down and prepare for the next day half an hour before that. You might only manage it 2 out of 5 days. But it might be a game changer in terms of making your priorities clear in your head.