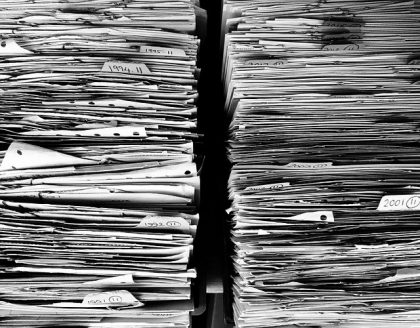 The all too familiar story

My boss grabs me to join them in a meeting, it was meant to be this afternoon, but another meeting had been cancelled, so they want to do it now.

Suzie was up first and over-ran (again), speaking about nothing remotely relevant to me. 5mins became 20mins while we heard about the indecision between the 3 different shades of blue or something and oh the chuckles about the confusion over the font choice. Only to be interrupted by a dog barking on the conference line, followed by “Sorry, that’s my dog Jess, I’m working from home today”, forgetting to add and I don’t know how to mute my phone. 20 slides later, mostly skipped through, the rest Suzie read, word for word. Once she finished, I waited for the actions and questions. None.

Frank then took the opportunity (seeing everyone was there) to talk us through how last year’s data and the changing assumptions correlated differently (last year’s?). Someone asked how it impacted our current projections and if we needed to adjust our strategy, Frank then explained the developing model hypothesis (huh?) was different this year and it was too early to tell, so would keep us updated in the coming months (So, no). 15mins for “No!”.  Frank then excused himself for an urgent call.

Now it was my time to shine, I had the data, I had the story, this was a game changer, but I knew I had to take them on the journey, the story would tango with the presentation beautifully. I stood up….and before I could say more than hello, the CEO interrupts to say that there is another meeting in 5mins, could I give my recommendation now, circulate the presentation and schedule another meeting to discuss in two weeks time. The CEO felt it was important for Frank to be there anyway.

Well, that was a waste of my time. I was interrupted to go to a re-scheduled meeting, to present a document that I had spent days (nights) on getting PowerPoint perfect and I didn’t even get to present it.

An all too familiar story. Three productivity killers – interruptions, documentation and how time is spent.

There are many productivity killers commonly present in corporate culture such as:

The difference is, typically the above are not actively pursued. Interruptions, Documentation and Time Spent seem to be badges of honour that are glorified rather than shunned.

“If I am to speak ten minutes, I need a week for preparation; if fifteen minutes, three days; if half an hour, two days; if an hour, I am ready now.” ― Woodrow Wilson

I frequently hear that people come in early or leave late, so they can actually get some work done. What people are really saying is that they are most productive at times when people don’t set meetings. If this is not an organisational red flag (opportunity), then I don’t know what is.

Two of the biggest interruptions are e-mail pop-ups and meetings.  With e-mail pop-up notifications, whether you read them or not, you devote attention to them, they are designed to be distracting. The simple truth is that e-mail makes us less, not more productive. Meetings well run can be effective, but generally they are run badly. There is no agenda and few actions that actually get actioned in the end. Additionally presentation and facilitation skills are often lacking.

Productivity Killer 2 – Documentation – The abstract, out of date at time of writing

“The BUSINESS WORLD is littered with dead documents that do nothing but waste people’s time….These things take forever to make but only seconds to forget.”
– David H.r Hansson & Jason Fried.

I used to spend hours every week creating documentation and presentations that were skimmed over at best. I was hired to come up with a recommendation, they would generally go with it. The supporting documentation was merely a hygiene factor. It was often very abstract (to make it beautiful), which meant it was interpreted differently by different people.

Similarly, if process documentation requires every screenshot and step, perhaps a review of hiring policies is needed. Alternatively it should be automated.

DISCLAIMER – I’M NOT SAYING NO DOCUMENTATION, JUST LEARNING TO BE MORE FOCUSED AND FIT FOR PURPOSE

“Efficiency is performing a given task (whether important or not) in the most economical manner possible. Being efficient without regard to effectiveness is the default mode of the universe.” – Tim Ferriss

Companies tend to think of time as a sunk cost input. The time spent/wasted on documentation and interruptions is perhaps more obvious. What tends to be less obvious is the missing application of expectancy theory, which is what is the expectant (not intended) behaviour outcome based on the policy or decision in place.

For example utilisation rates are monitored with surgical attention to ensure that employees are working to their full capacity, but looking at expectancy theory what behaviour will this drive. Employees will spend longer on a deliverable than needed, the manager will then spend longer reviewing it or do an inadequate job. Targeting high utilisation rates creates organisational inflexibility and ineffectiveness as it is no longer agile enough to respond to the needs of the client. The client is more interested in value created, with the fee often set, the time spent just creates more work. When I company fails, I doubt utilisation rates will make it into the top 5 reasons why it failed.

Kill the Killers – How to improve productivity

Kill the Killers 1 – Up-skill the common, not just the specific

The amount of new tools deployed to make employees more effective scares me. There is a problem, so a project team is put in place and instead of fixing the problem, they create a tool to manage the symptom.

We assume that because people spend so much time documenting, e-mailing and in meetings, that they know what they are doing. Training and sharing best practices can significantly enhance the productivity of an organisation.

Kill the Killers 2 – Clarity of focus

With out a clear focus, time is just filled up with activity, often very efficiently done.

I have heard of offices where someone fills up paper trays overnight. These sorts of initiatives aid in clarity of focus. Rather than have expensive employees trying to figure out where the paper is kept.

Kill the Killers 3 – Is it worth it perspective

When there is a problem, we ask how long it would take. Rather than is it worth investing 10hrs to fix it, what can we do in 3hrs (and then expect it to take 6hrs). Assign time to tasks based on value, not duration. If it is a 4 hour problem, find something that would take 2, because you know it will take longer. What can be done in 2 hours, not what would perfectly be done.

All this can be summed up in a simple sense check – once we have done this, what impact could it make, is it worth it?

All of these ideas, need a dose of common sense for the specific circumstance. To re-purpose George Orwell’s sixth rule for writing, break any of these principles sooner than do anything barbarous.