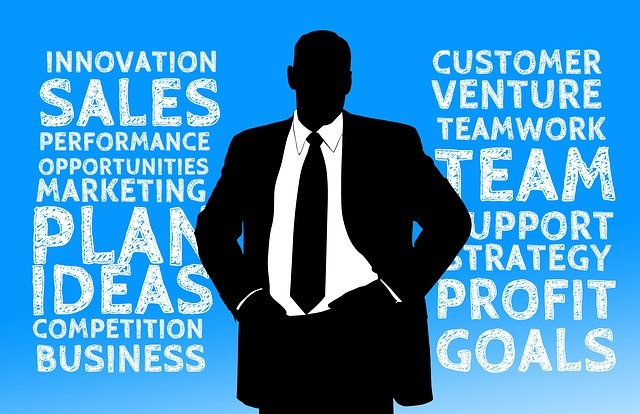 For many of my younger years I had always had the aspirations of many of the South African children raised in a fairly sheltered environment, I would go to school, go to university and then take on a profession in commerce such as accounting, management or human resources. Fast forward to my current job as a business development executive managing a team of account managers and many may ask what actually happened to change the path and why would I choose sales?

While studying at University I had the privilege of completing a course titled Post-Graduate Diploma in Enterprise Management (PDEM), which may sound aligned to my prior mentioned commerce dream but was actually completely different. At the core of the course was a very practical module, Genesis, which forced us as students to; raise capital, define a product, market and sell the product and manage a business, all as a team of around 6 people. From the very beginning I felt incredibly energised by this and learnt so much, but the one thing that stuck with me from the process was very simple: It doesn’t matter what the gadget, service or offering is, if you can’t sell it you don’t have a business.

Following university and entering into the working world I was still somewhat tentative around the idea of sales. When I started at a large multinational corporation I saw many of the roles which seemed so appealing at school such as change manager or analyst open their arms for my embrace, but at every opportunity I always turned away, feeling that these were not for me. It was when I was first asked to present a technology solution offering to a group of senior executives that I realised that sales was what I wanted to do. Being able to engage with a person about how I thought either I or my company could really actively support their needs was something I treasured and still do today.

While many people still associate the word sales with ideas of a used car salesman or a call centre agent the truth is far different. For most professional sales people their job provides them opportunities which no other person can achieve but also pushes them beyond the normal constraints of most jobs. Being the face of a company and standing in front of a customer opens up a great deal of opportunities to engage with the most senior people in businesses about some of the most fundamental principles of a business. I have been able to sit with board members of international companies worth billions and learn from them what they are doing and want to do in the future. I have been privileged enough to travel the world on incentive trips, kick-off conferences and customer engagement meetings, but have also experienced the late nights or early mornings when proposals have to be completed for board presentations the next day.

Beyond the benefits mentioned above I have also learnt the value of commission and whilst many people are often petrified at the idea of part of an income being variable, I personally feel it should be part of every role. Commission for me provides the ability to earn in alignment with my effort. I am able to earn far more than most people could ever earn in a bonus and I have personally benefited from nearly doubling my income in certain years of highly successful sales based on hard work and often complicated engagements. I feel this is important as it fundamentally shows how effort translates into earnings and allowed me to change the idea of a standard career progression. Commission also fundamentally highlights again the importance of sales because if you get paid well it’s because the business has really benefited from your involvement which fundamentally shows your performance.

With this said, sales must be considered as a profession and does therefore have a set of principles which need to be applied for success, it’s not an easy process of playing golf or having coffee, although these do make the job fun occasionally. Some of the critical principles are now well researched and summarised in ideas such as “solution selling”, “challenger selling” and “social selling” all of which provide similar perspectives on a fundamental approach to sales, with nuances for each approach or opinion. The short version is that in the modern world people will still buy something from you provided that you can show it will add value to them, their organisation and the broader environment in a way that is better than your competitors and in a method that takes account of their environment. The art of negotiation is of course built into this and there are definitely tactics which provide more niche’ perspectives on the approach, but fundamentally this is about knowing your customer and their environment better than anyone else and then working to craft something for them. Whether you are selling a gadget or a hundred million dollar deal the fundamentals are the same sales IS the revenue of any business and its importance cannot be overstated enough.

A particular story which was told to me by an acquaintance typifies the importance of understanding this all. This gentleman had recently decided to buy a car and on approaching the sales person and engaging with him about a car with ‘some muscle’ he had been shown towards a fairly high end BMW which met the mould and was within his budget. For him this car had acceleration, sports mode and those awesome bucket seats with built in heating, all of the things his dreams were made of. Returning home he told his wife of the car and she seemed somewhat hesitant but said she would approach the salesman the next day to see the car. On her return the following day she agreed that the car was a ‘must have’. She described how the sales person had explained that car; had the highest safety rating in its class, came with a full service plan for any breakdowns and even had an automated boot opening which helped when you had your hands full and needed to drop stuff in the car.

The simplicity of this story for me shows how sales has to understand their customer and their needs but also understand their product and how it solves the requirements of a customer. It also highlights for me a fundamental thing which many people seem to neglect… YOU ARE ALWAYS SELLING OR BEING SOLD TO. Whether you are going for an interview or haggling over a t-shirt with a mate, there is always something which is being traded with an expectation and a need to be met. Fooling yourself into believing that sales is for people who are “outgoing” or “like to present” is just not true and in fact some of the most successful sales people I know hate to be in the limelight and prefer building strong multi-year business cases with customers. Sales is not about flashy cars or fancy dinners it’s more often than not about persistence, determination, street smarts and caring about customers.

So the next time you have a conversation I implore you to consider the sale that is happening and whether you are really aware of it. Remember to consider the other person’s perspective and really understand what is being negotiated. With some practice, who knows, you may be crafting the next deal for your company, school, NGO or committee… the deals are always there to be done and why not be part of the fun of selling it.