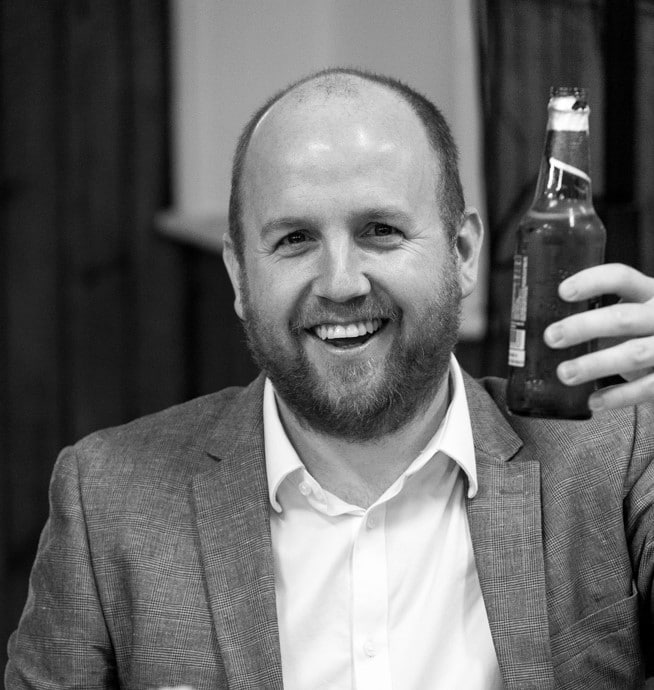 I stopped drinking 439 days ago. I have an app that tracks it. It was useful to remember “my why” in the early days of breaking that happiness debt cycle. –

I realised that although alcohol helped me to relax and perhaps even fall asleep easier, when the withdrawal peaked around 5hrs later, my sleep became horribly disrupted.

It was amazing how after only a couple of drinks the impact was there, I would be grumpier and clearly not at my best. Over time it became normalised, so I didn’t even realise it.

I read that drinking is like spending on credit, you never pay back less than you spend and you usually pay back with interest. It is spending tomorrow’s happiness.

The Sage seeks to satisfy the belly and not the insatiable longing of the eyes.

I’ve started to think about how many things are like that. We have different budgets and can spend from one budget for another one. Often it’s our future self that is going to be in deficit, we go into debt. It could also be my health budget spent on developing Career Capital. Sometimes, it’s necessary, but it needs to be intentional and considered.

Some people even spend the budgets of others.

A mate of mine lost 6kgs in 3 months. I asked how he did it, he said it was just a small change. “I used to eat a muffin at work every morning, then I changed it to only be on Friday’s.”

He explained that – “The weird thing was I didn’t really miss the daily muffin, it was a habit, but I really looked forward to the Friday treat.”

Often the more we have, the less joyful it becomes. The first beer may be amazing. So we want to recapture that feeling, but it doesn’t quite match up, perhaps a third will help, nope, but we think – I’m sure this is how I first did it, maybe I should try one more. – By now we are paying interest.

There is also a trade-off between what feels good for a few minutes versus feeling like rubbish for hours or days. Eating that tasty junk food makes us feel good for a few minutes, eating the healthier option allows us to feel good all day and compounds to feeling better in general. By ordering that junk food, we are spending our future happiness in terms of wealth and health.

For some it’s a beer (then three more), others it’s the extra cupcake, cigarette or even online delivery. I am not suggesting a life of deprivation of the small and delightful experiences, I am suggesting a more moderate and measured approach. Breaking the debt cycle, so we no longer need to to borrow more and more from tomorrow.

Sometimes it is easier if we understand what causes us to fail the Marshmallow Test of life. I have outlined a few of my observations below. Generally many of these factors will interlace. Perhaps one or two will be more dominant though.

Triggers – Sometimes there is a trigger. Something happens, that causes us to justify spending tomorrow’s happiness.

Escape – The reality we are living in is something we want to escape. For some it’s pain and mental anguish.

For many though, I think it’s just boredom. If we are not challenged, if we are not growing, we may seek drugs or alcohol as an escape. I heard a rather unflattering assessment of drinking, in that we use alcohol (and drugs) to dumb us down until we find what we are doing interesting.

Habits – I have a glass of wine with dinner (maybe two or three?). It’s Friday…It’s Saturday. Unfortunately these habits compound.

Environment – People, places and availability. We live up (or down) to an expectation.

Hidden Scripts – We can tell ourselves that we are something. “I am a…” – I prefer the thinking of I am more predisposed, but of course it is easier to outsource responsibility.

Bullets out the chamber

The lazy YOLO argument doesn’t hold water for me. It’s a fine line. There is a big difference between YOLO and YOLN. I could die tomorrow, but I could also live another 5 or 6 decades. I know there are things I can’t control, but I can certainly improve the odds of living longer and crucially healthier in that time.

Which is why I try take bullets out the chamber. Improving my odds at the lifetime long game of Russian roulette.

I stopped drinking, because I was tired of wasted days. One heavy night a week, is at least 52 days of debt a year. I was wasting at least two months a year feeling off, not necessarily hungover, but definitely in debt. It was seldom only one night a week.

In December last year, I was playing board games with my mother, my sister and her children. We were sitting on the floor and after only 10 minutes, I was already aching. I realised that something had to change, I had to do a life experiment, so I switched to being vegan for 90 days. I had successfully tried going flexitarian before, but there such a strong substitution towards dairy products, it was not enough.

So much changed since I made that decision to go Vegan, which is now four months ago.

The changes have been dramatic, I have continued to lose weight even in the Corona virus lock-down. Before the lock-down my recovery period after runs improved dramatically, I could, for the first time since I started running, do back-to-back days of running, I even had a few days when I did a 10km road run in the morning and a trail run in the evening.

Part of the benefit is the substitution effect, in that I am eating far more vegetables and it is harder to get lazy and get delivery for lack of options (also saving money). I recognise that it is perfectly possible to have a healthy diet that includes some animal products, it is just a lot less likely for me, with my habits.

None of these were quick or easy process. They were over months and years. It takes a while to truly see the benefits. Some benefits are only noticed after a reversion to old behaviours.

I have a simple personal development philosophy. Prioritise, Focus, Habits and the Compound Effect.

Pick something to change. Perhaps choose a 30 day challenge, just pick one thing. All areas impact the others. Just like you can spend on a future happiness budget now, investing in one area, reaps returns in other areas.

Eating healthier improves wellness, but also makes it easier to get fit, it helps with sleep, it can even help the wallet.

I like to bucket my personal development goals into a WISH list. I do not expect to be focusing on all areas at the same time. I know that one area impacts another. I do this to sense check and frame my aspirations.

Aim for Better, not Perfect.