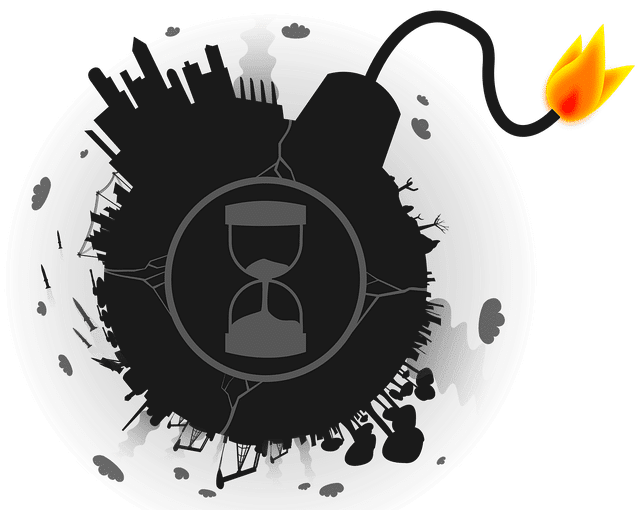 Most people realise the time bomb is ticking, but few people are doing anything about it and it is evident that there are a few worrying trends in the UK Pension Market. We see more and more retirees entering retirement with what quite simply not enough money. A retirement should mean freedom to follow your interest, not daily visits to the “About to expire” aisle at Sainsbury’s.  To avoid this fate, we need to learn more, make informed decisions now, not later. Assuming 7% for every 10 years you wait, you divide your pension in half. So £500k becomes £250k, starting 10 years later still, £125k then £63k. So my first question is, are you doing what it takes to make sure you are likely to have enough to live a couple of decades when you retire?

You have a good chance of coming up short, if you are relying only on:

The four layers of the time bomb:

1. Living longer and with negligible population

When the concept of retirement at the age of 65 became more universal, it was to created to make space in the labour market for the youth, who are now entering retirement. The average life span at the time was 62, so it wasn’t an issue that a few people lived into their 90s and the government or company pensions had to support this. The old pyramid scheme is over.

I am sure you have heard the stories of lottery winners who are poorer than when they won, a mere couple of years later, perhaps even bankrupt. The money has come easily, they haven’t built up the capacity to manage that sudden level of wealth. Recently the pension regulations were completely flipped, they have gone from people being forced into an often overpriced annuity to being able to do what they want. Suddenly they have access 5x-10x  more cash than they ever had before, sure they know if has to last, but still capital is spent, just on a few things (at first), do up the house, go on that holiday. I am fearful that in 3-5 years we are going have people crying out “how could the let this happen to us?”. This drastic flip should not have happened without a corresponding increase in financial literacy. Yes, people have the right to their money and make an informed choice, but we are largely missing the informed part. Ticking a box saying you are aware of the risks, is not the same as being aware.

A few years ago, I already had 3 pensions. So, I tried to consolidate them, I went to a financial planner and he said it would cost at least £700 each, a couple of them were only worth about £3,000. The Financial Planner explained how it would take him hours if not days to complete the paperwork and calls with the different providers. Thank goodness for Fintech startups like Scalable Capital and Pension Bee who are solving this problem. But perhaps the biggest challenge they face is not about solving the problems, but rather educating potential clients that they have the need. Financial education and literacy is the biggest challenge, it is not sexy to many (I love it), but it is so crucial. My second questions, is how do we get people out of their apathy?

“I have time, I’ll do that later“, the only time this is reasonable is if you are investing in yourself to increase your capacity to earn. The Power of Compound Interest means that starting early can fundamentally change your retirement and open up a multitude of life choices, you can paradoxically take more risks. Starting early and saving is not new wisdom, it has been around for millennia, for every 10 coin I earn, I save 1. My rule of thumb is to invest 20% in your future self, paying off debt, on education and crucially investing in assets that can grow. While I do expect changing work and social patterns to mean more and more people will take mini retirement and up-skill breaks. There still will come a point where a full retirement is wanted/needed.

So my last question is, how do we get more millennials interested in taking courses and exploring the world of financial literacy? – With defined benefit pensions and jobs for life, it is likely their parents do not have the skill set to pass on or crucially the belief that it is a as crucial survival skill as arithmetic and literacy.

Please see our disclaimer, but to emphasise, the purpose of this post is definitely not to advise you what to do, I have no idea what your personal circumstances are, but motivate you to do something.