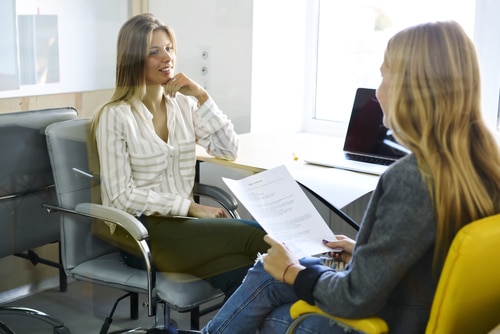 As part of my pre-reading for my Personal MBA, I am documenting my key learnings from The Coaching Habit: Say Less, Ask More & Change the Way You Lead Forever. It is not intended to be a summary or review, rather a reflection of how the book has influenced my thinking.

It’s a common problem when talking to high performers. They (we?) feel overwhelmed by the demands of their team, they feel frustrated by their team’s lack of development, ownership and urgency.

They intuitively see and are driven to complete the solution or task without delay. They know they can complete it in 30 minutes, they know they can do it right 30 minutes. They envisage someone else taking 2hrs according to a different timetable and then it will take them 1hr to review and fix it. It seems easier and better to just do it themselves.

This reminded me of an excellent short video by Stephen Covey:


“You cannot hold people responsible for results if you supervise their methods” – Stephen Covey.

The Impact of High-Performance Individuals

In trying to be helpful, high performers become unhelpful and would be better served by focusing on developing their coaching habit instead. Though often they tend to rather create a dependency on themselves, becoming a bottleneck and unintentionally they fail to unlock the potential in others.

This is particularly detrimental when high performers (as they tend to) become managers, they end up doing too much of the deliverable or task themselves. Similarly, a manager becomes overly reliant on one or two high performers. They default to asking the high performers, instead of extending the development opportunities more widely. This is what I have heard termed as performance punishment, being punished with an excessive workload as a reward for performing well. Additionally, the reality is that high performers tend to have more options to leave, so it’s a risky strategy.

More specifically the risks of not having a Coaching Habit:

A coaching habit is an option to counter these risks, resulting in doing better work with less effort. Coaching can be done in 10 minutes or less. A coaching habit is different to a 1-to-1 coaching session, which often should be more focused on development, instead of performance.

Coaching requires a change in behaviour

When the default habit has been to give advice or jump straight to solutions or even doing the work yourself. It becomes difficult to avoid the advice monster. Solving the problem becomes the problem. Helping is not helping.

It is estimated that 45% of behaviour is habitual. I frequently have left the house and not remembered 10 steps later if I have locked the door. Habitual behaviour goes unnoticed, I feel like 45% might be a low estimate. We need these habits as a shortcut to overwhelming ourselves, we should of course be aware of the potential negative effects.

To develop a Coaching Habit, a change in behaviour is needed, where the following model could be useful:

Put in its simplest terms, a coaching habit is about being curious and asking one question at a time.

According to the Coaching Habit there are seven essential questions: