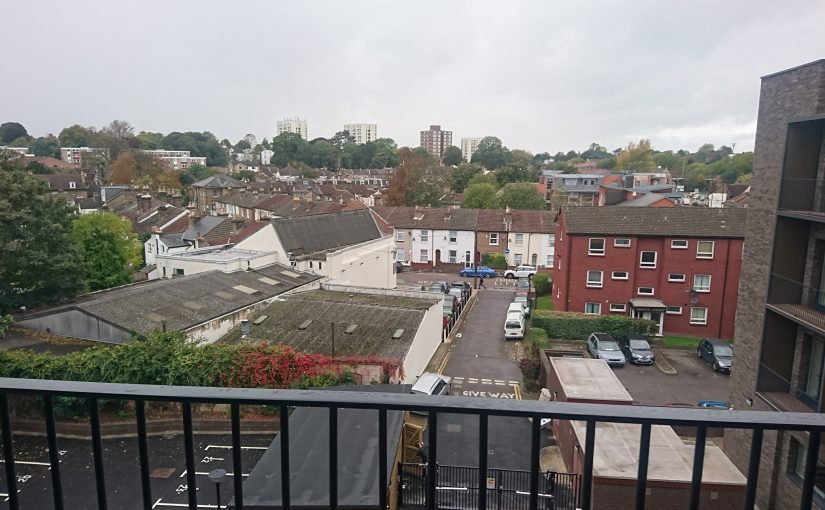 I was stressed, I could feel it in my hunched shoulders. As I walked home I could feel the tension mounting, the anger at all the mistakes made by other people, people I was dependent on. It should never have come to this. My broker, two ill equipped Building societies, mishaps and miscommunication from the developer, if felt like every step that could go wrong, did. I don’t get angry easily, frustrated sure, but seldom angry, if ever. I was angry. The next day I was in danger of losing the property, including the equity gained (£40k), the deposit (£22k) and a truck load of accumulated fees (£5k). I needed the money paid from the mortgage provider, then across the solicitors, I needed the land registry returned, I needed no more hiccups.

I reserved the flat in May 2015 and it was originally due for completion early to mid 2016. The developer began to push the completion date, later and later, gently at first and then more aggressively, eventually they put the long stop date for Dec 2017. In June 2016 I took a 6 month career break to start Reaching Aspiration and focus on my own personal development. In February 2017 I started a fixed term contract, which meant it would be trickier to get a mortgage.

My broker applied to a building society, even though I didn’t meet their basic criteria. The building society missed the additional information provided  about my employment status in their screening (only checking to see the form was complete, not what is actually said?) and then 4 weeks into the process, I was declined. My broker then spent 2 weeks arguing with them and did not tell me. Eventually he phoned and asked if I could change my contract or find an extra 5% (yip, 5% of a London property deposit was just sitting in my account unnoticed). I took a day to digest and then had another 1-2 weeks where it was difficult to contact him due to personal family reasons.

The next step was to apply to another Building Society, after explaining that I had been turned down because of my contract status, I checked that they would be okay with it. Then 4 weeks into the process, despite being provided the information of a previous application, it turned out they had a hard criteria that they do not lend to anyone who has been declined in the prior 12 months. Even though I met the rest of their criteria. Again they missed it on the screening form, an oversight in the first application caused a decline in the second. Madness.

We then had to rush to to get a mortgage with Barclays (at an increased deposit), this was delayed by almost two weeks because a new post code had been issued, so they couldn’t do the valuation. My hope was that it would come through the next day, the last day, the deadline day.

If I missed the deadline, I could legally lose the initial deposit of £22k, the reservation fee of £2k, plus the developer gets to put it back on the market and could even sue me for the value of the property.

The property market is ridiculously lopsided, hiding behind clauses that are archaic and clearly in favour of the “landed gentry”. From when I completed the paperwork in October 2015, I was locked in. They were not. Completion dates kept drifting, under the guise of ensuring quality, then they served notice, I had 28 days. They could stuff me around for months and years. Then give me 4 weeks.

The story above is how I experienced the lopsided market, but everyone has a story. There are too many points of failure. I should have seen it as a sign of things to come when I had to buy chancel insurance. Madness.

On the way home, I wanted to get a couple of beers. I realised it would be a crutch, an all too familiar crutch, too often drowning sorrows and diluting victories. So I took an alternative de-stress route and went for a run instead (first), when I had finished, I stopped off at Tesco to grab a couple of beers. I took a moment and realised I didn’t want a drink, it wouldn’t help the situation. I walked the remaining distance home and then decided to meditate for a few minutes, 10mins of bliss. I hadn’t meditated properly in a while.

Then I had a shower afterwards, it felt beautiful, I felt my body tingle at the hot water on my skin. Like I was showering for the first time. In the moment completely. I felt the sensations of the foam on my body, the contrasting temperature, I was washing away more than the dirt and sweat. I found peace with the potential situation of losing £67k, recognising that internal turmoil would not help. I realised that although a large portion of fault could be shared elsewhere, I had made the decisions and needed to take responsibility for the consequences of my decisions. Too quickly and easily fault can be confused with responsibility. I decided I would own my decisions and learn from them.

There are always more options

It had been a several months of stress, speed-bumps and brick walls every few steps. Taking ownership allowed me to move on, almost instantly bringing harmony back in my life, something that has been missing.

Once at peace, with clarity of thought I started thinking through my options. I asked what is good about it, what am I learning and what could I do.

Option 1 – Disrupt the incompetence and points of failure in the property market, they have had it too easy, for too long. I had received an e-mail for a Project Role earning a lucrative daily rate, I considered if I should take it, accumulate cash quickly. Then use this money to fund an industry disruption initiative, an industry I had felt the pain of. I considered this carefully.

Then I re-focused on my priorities, my values, my principles. I had chosen a 4 day flexible working week at the sacrifice of salary and earnings. I could earn more elsewhere, but I wanted time to work on my projects and without cutting into all of my decompression time.

The property market needs to be disrupted, but it wouldn’t be my passion, my purpose, my aspiration.

I realised it’s only money. Yes it was a lot to me. Years of accumulation, it was also money that many will never have. I realised that I am blessed on two accounts, one is that I can make money easier than some others and two is that it doesn’t motivate me. Money can be made again and lessons of life (school fees) are some times very expensive. The value extracted from these lessons is often strongly aligned to the price paid. This was an expensive lesson, learning that I need to own my decisions. Not confusing responsibility with fault.

Lack of money in the past has forced me to be agile and stay relevant. Without a safety net, I needed to continually up-skill and perform. I knew I could clear down what little I own and refocus on what is important to me. My purpose, to impact and change lives positively.

Growth only comes through being tested

I conceptually knew this before, but this experience help me internalise how pressure creates change. It is up to us to direct this change. It is usually through pain and sacrifice, sometimes horrible experiences, that we find growth and joy in life. Transformation comes through tough experiences, perhaps after a tough project, hours of training, there are many examples.

Asking what is good about the situation helps. Sometimes this is not easy.

In the end…well, I’ll would find out tomorrow.

Update – my broker stepped up, the developer gave me an extension, Barclays came through. It was all good (albeit two days late) and I am now living in my flat. Some of our greatest stresses come from consequences only envisaged, never truly experienced.