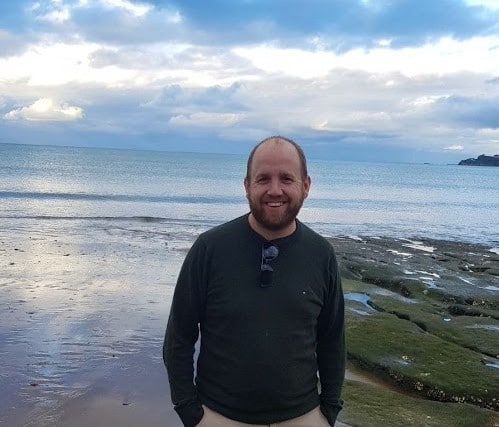 I started working in 2008 and in the past 11 years I have built up career capital and I am (currently) quite marketable. I have a fair amount saved in my pension and a chunk of equity in a flat in South London.

I’m also in credit card debt, one long term interest free and two which are cyclical, paid off monthly. I am living from pay cheque to pay cheque, or more accurately pay cheque to credit card bill. Until recently I also had a loan with ZOPA, which I took when I started Reaching Aspiration.

Things are okay financially, I’m on the typically assigned track to retire in my 60s with a house and a pension, but should be better, way better.

Then a week ago, a crazy thought came to me, what if I could retire in the in the next 4 years? How could I make that happen? How could I go from debt to financially independent by the time I’m 40?

The FIRE (Financial Independence Retire Early) community has been around for a while and growing rapidly, within the community, they probably talk about FIRE more than cross-fitters talk about cross-fit. If you have never heard of them, it’s probably because of Glossy Eye Syndrome (GES) that takes over whenever someone brings up personal finance.

The FIRE community have found ways to retire early, well not retire, rather they reach the point where they don’t have to work. They are Financially Independent. This is through a combination of frugality and leveraging income. Put simply, spending less (a lot less) than they earn and using their excess money wisely.

Why FIRE for me?

For those that have followed my journey so far, it started with my transformation, a process of shrugging off 10 years of health neglect and then I did a series of projects experimenting and developing new skills including writing a book, then last year I did my personal MBA.

I am not new to FIRE, but I have been more focused on Lifestyle design for the last couple of years. Working 4 paid days a week which has allowed me the space for my side projects, which are now after a several years of grit, starting to take off, from Ethical Impact Investing to Virtual Reality to Productivity Consulting. I am now in a situation where I have a few income streams, albeit some are still small.

Then a week ago, I was on the 1,400km (870 mile) drive from Joburg to Cape Town by myself, so I downloaded a few podcasts to keep me engaged on the long straight roads through the Free State. One of them was the Mad Fientist and that may have changed everything.

Maybe I had too much time to think on the road or maybe I had just the right amount of time, but somewhere along the way, I made the decision. I am going to see if I can “retire” in four years.

I am a person who favours action over rhetoric. Sometimes this causes me to go down windy paths, where a better route was available.

The other extreme is to spend too long researching, learning and never actually doing anything, slowly becoming fatigued with the concepts. To balance this I decided on 1 week of broad immersion, followed by only just in time learning after that.

Complete Immersion for only 1 week

With the complete immersion, I was avoiding all hints of action (I came close a few times), merely listening, making notes and slowly crafting a plan.

I listened to about half of all the podcasts that they have ever produced. I normally love books and prefer them to podcasts, but in some ways books are too sanitised. They are dressed up for a first date at a fancy restaurant. Podcasts are more like meeting a mate at the pub after a hard day’s slog.

Podcasts give nuances and variety, they celebrate the errors. Books are blueprints, this is how to do it (how they did it, tidied up), one way. I have my own journey, I cannot copy someone else’s, but I can learn from them.

I see Project FIRE 40 (PF40) as an experiment rather than a goal, as it takes the pressure off, while still keeping the focus.

What is my FIRE status now?

Using some broad assumptions and my current haphazard tacking method (I plan to do a more specific calculation later):

I’ve excluded my pension form the 13% above, which I believe should be sufficient, with my other assets, for my retirement by the time I start drawing it down, as I heavily front-loaded it a few years ago. So effectively I am looking at a 25 year gap. Realistically, I know I’ll continue to earn even if FIRE is achieved, as I am compulsively productive, but it would be nice for it to be on my terms.

Riskier not to try

Perhaps I should just ride it out, stay the course and see it out as is. Perhaps some would consider this to be risky and too big a sacrifice.

I look at it the other way, while I’m currently marketable and with a growth mindset, I expect it to continue to be marketable, perhaps in the future I won’t be. With Artificial Intelligence and the increasing rate of change, I could easily feel secure one day and then be unemployable the next.

If something goes wrong, I can re-calibrate, I have time to ride out a market dip. If that happens in my 60s, it could be too late, the ice-berg could be upon me, with no opportunity to change course. Attempting to ride out a 10-15 year dip at that stage in my life could completely wipe out anything I would have saved at that point.

If I miss 40, I would have learnt a lot and probably be close or at least closer to financial independence. So really this is very little downside to trying this experiment.

With step 1 completed (full immersion), I have used the lessons to create my own plan and spread the insights across my notes for each step, which I will refer to when I get there. I will focus on each step, one at a time, with step seven having multiple steps to allow me to go through each FIRE gateway, which I will refine later.

For those wanting to join me on the journey:

Step 1 – Foundation– Working out my why and checking my understanding – full immersion listen to FI and learn then stop. From now onwards only Just-In-Time learning.

Step 2 – Set principles – principles allow better decisions to be made, as they have a reference to evaluate criteria against

Step 3 – Working out my Baseline– Knowing where I am now

Step 4 –Reduce and optimise expenses with Budgeting – Key to FIRE is avoiding and reversing the second application of Parkinson’s law.

This experiment both excites and intrigues me, both the journey and the potential outcome.