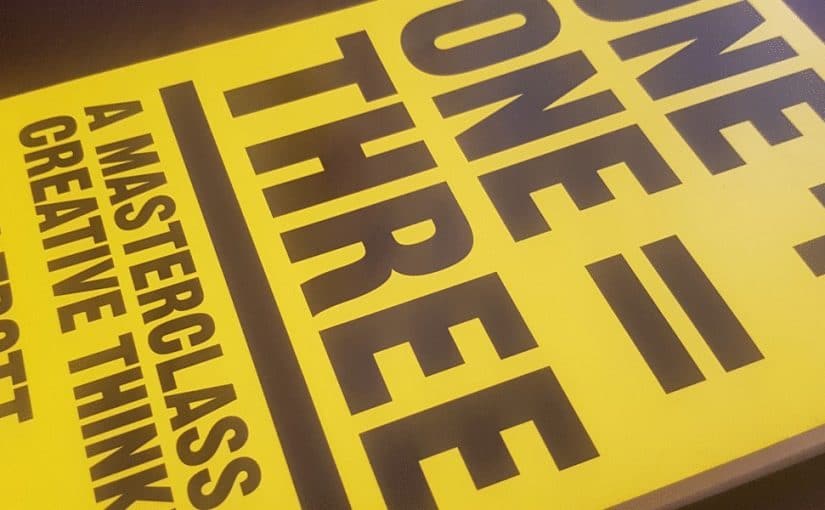 Dave Trott is a creative director, copywriter, and author. Trott studied at the Pratt Institute in New York, majoring in advertising before going on to found the advertising agencies Gold Greenlees Trott, Bainsfair Sharkey Trott and Walsh Trott Chick Smith. In 2004 he was given the D&AD President’s Award for lifetime achievement in advertising. His campaigns included Pepsi’s “Lipsmackinthirstquenchin”, Courage’s “Gercha”, Toshiba’s “Hello Tosh gotta Toshiba”, Ariston’s “Ariston-and-on-and-on”, the Lurpak Butter Man, Red Rock Cider with Leslie Nielsen and a controversial multi-media campaign, made entirely for free, that helped get the Third World Debt discussed by the world’s governments.

I discovered Dave Trott during a late-night Youtube session, and from watching those couple of presentations I can’t help but liken him to Jack Dee, who seems equally p***ed off with the world and the idiots that he encounters. Trott’s fuming at the modern B.S. festered advertising and marketing world. He preaches that we should all just get back to the basics of selling through communications that work, forget all the lingo, forget the awards, focus on creating work that works i.e. sells more of whatever it is you’re selling. And in his latest blog ‘Serious Fun‘ he reminds us to not take the advertising world so seriously, it’s not like it’s nursing, teaching or fire-fighting.

Don’t read this book if you’re expecting a step-by-step guide to being creative or 10 immutable laws of creativity, this is a book to get you thinking and provide inspiration. Trott does this through pulling together some fascinating anecdotes each with a little lesson on creative thought.

This is the book for you if you want to learn: how a small bit of creative genius allowed a wagon maker to impact the prevalence of skyscrapers around the world; what piece of advice from Michael Caine helped create Vidal Sassoon’s empire; how David Geffen reached upon a strategy that allowed him to get ahead of established record companies and sign iconic music acts such as Neil Young, The Eagles, Joni Mitchell, Elton John, Donna Summer Guns & Roses, Nirvana, Aerosmith and the Stone Roses; how Disney could’ve saved themselves $7.7 billion by listening to a young animator with a new idea; and how a clever beggar used pride of religious choice to collect more donations from passers-by.

Trott has a very distinct simple style of short sentences and paragraphs. Each anecdote is no longer than maybe four pages. Although this makes it an easy read and great to read in short bursts, don’t mistake this as lightweight. Trott is a master at keeping the anecdotes simple but interesting and there’s always a great message in there to think about. As he says himself “Simple is harder than complicated. Stupid people think complicated is clever. But smart people know simple is clever. Because you have to go beyond complicated to get to simple.” – and he does this in abundance in this book.

I challenge anyone to get to the end of this book and not be fascinated by one of the anecdotes or to have had a thought about their life or work that could benefit from one of the lessons. It’s impossible.

In his introduction Trott talks about an interview with Steve Jobs, probably one of the most creative people of recent times, Jobs’ take on creativity is that new ideas are just a combination of old elements. The ability to make the old elements into better combinations depends on the ability of a person to see the relationships between two pieces of information. Creative people are better at seeing connections either because of experiences or because they think more about those experiences they have. They have more dots to connect.

Fredrik Haren’s idea formula is p(k+i) – a Person takes Knowledge and Information and combines them in a new and better way.

So, personally I think experiences, knowledge and information are all key to creativity and key to gathering that information is curiosity. In ‘The Spirit of Kaizen’ Robert Maurer explores how curiosity is vital, the ability to engage interest in whatever is happening at the moment, no matter how small. Something Trott touches on citing Carl Ally who said that a truly creative person should want to be a know-it-all.

Trott encourages us to vary our inputs and to be curious as you never know when two bits of information may come together as a great creative idea.

And as for the importance of creativity, Trott would probably tell you what Bill Bernbach, one of the greatest advertising men of all time, said about creativity…

“It may well be that creativity is the last unfair advantage we’re legally allowed to take over our competitors.”

So if you want to be inspired into thinking a little differently this is definitely a book for you.

It’s available here on amazon. Other retailers may be available.

Since I discovered Trott on Youtube I’ve also really enjoyed reading what he has to offer on his blog, in Campaign or via his twitter – @davetrott.