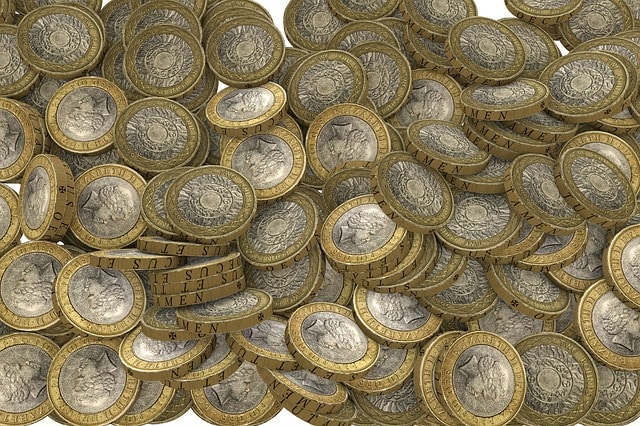 “Dave, we have some money, what should we do with it”

I reply with – “Well, there is a lot to consider, it depends on your goals and strategy…”, I pause to consider what I need to know in order to help them to make a more informed decision.

My pause is mistaken for indecision.

In the conversational space, other people have confidently taken the lead, taking them on a confusing tangent based on misinterpreted facts about risk taking. “Get it out of South Africa, the currency is risky“, without taking into account returns are higher and 70% of the income from the 40 biggest companies comes from abroad, partly mitigating this currency risk. It is not necessarily bad or good advice, it is just incomplete. We look for as few facts as possible to create a coherent story. Dismissing anything that creates uncertainty.

“It depends on whether you are a risk taker“, misunderstanding what risk is, it is not only the outcome, but the impact that is important. It’s about protecting the downside. It’s often a coin flip as to what is best or at least better, so flip lots of coins, lots of times.

Advice for free, is often the most expensive

“When answering a difficult question, we often answer an easier (and related one instead), usually without noticing the substitution.” – Daniel Khaneman.

I started thinking about advice given in general, then specifically financial planning advice. Advice given, with so much conviction, so little thought. The more conviction, the more specific, the less factors that have been considered. My new advice is, don’t take my advice or advice from most people. Rather ask questions to get more understanding, ask why. Learn more, get comfortable with the jargon, reduce your finance anxiety. A great place to start is to develop a better understanding of risk and how to manage (not necessarily avoid it). This post will help.

Most of my posts have been about growing wealth. This post is more about managing wealth, it has in mind those who have some money, be it through inheritance, savings, luck, investments, it does not matter. What matters is that now circumstances have changed and you want to know what to do with it. It is not enough money to be life changing, but enough that you’d care if you lost it.

This post is not jargon free, that would be a disservice to you. This post is to help you become more comfortable with the jargon used, by using, at times, imperfect analogies.

Why you shouldn’t take advice

“Those who receive the bare theories immediately want to spew them, as an upset stomach does its food. First digest your theories and you won’t throw them up.”  – Epictetus.

The quote is perhaps a little vivid, but the point is valid. People suffer from what Daniel Khaneman terms recall bias, where we tend to over estimate the validity of  whatever we can recall easier. People understand the concept of property better, so it is usually the quickest to be recalled. So that is likely to be the advice you most often hear, because you most often hear it, you tend to recall it easier and believe it more, over estimating the validity.

What if they put a warehouse storage facility near to the property you have bought, what if you are on a sink hole. The chances are small, but the impact could be big. I often hear that property has gone up and will continue to do so, it doubled in ten years. So that is 7%* each year, good, but not exceptional. The expenses and time investment required is often grossly underestimated. Despite “property always going up in London“, my mate recently had an offer 20% below the listing price accepted.

“Prediction is very difficult, especially if it’s about the future.” – Neils Bohr

I am cultivating a view that I will evaluate someone’s ignorance by the strength, specificity and certainty of their conviction over the likelihood of future events occurring.

“September will be the time to buy”, I’d suggest that person has no clue. “Wait until December to make a decision when X event has happened”, now I’m more interested.

Good financial planners will ask you numerous insightful questions to help understand your needs. Where as good friends will try to impress you with their knowledge, you like them, so because of the halo effect, you will want to tend to believe what they say. While they are underestimating luck and over estimating their skill in any past successes.

It’s only a small amount of money

With time and the compound effect, it could be a lot more than you think. To make things easier, Understand the rule of 72*. The rule of 72 is a short cut to work out how long it would take before your money doubles. Take 72 divide by the expected % return and you get the number of years. So 7.2% means you double your money every 10 years.

Let’s say you have 10,000 and you are 35, you are making an 80,000 decision. It could be a lot higher or a lot lower, but the point is it’s often a lot bigger amount of money you are talking about that you realise. Know that better decisions now, can dramatically impact your later life. It could end up being 20,000 or 160,000 depending on the decisions you make now and ultimately what interest rate you get over the investment period*.

Understand Risk – Not bad, not good

“It is only by being bold that you get anywhere. If you are a risk taker, then the art is to protect the downside.” – Richard Branson

There are two relevant elements to risk that you should begin to understand, the first is the chance something will be different to what you expect it to be and the second more important part is the impact an outcome will have on you. 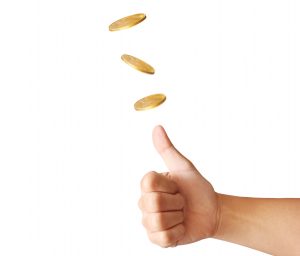 Risk is simply the likelihood of an outcome not being what is expected. So take a coin. It is has about a 50% chance of heads or 50% chance of tails (plus a tiny % chance of landing on the edge). So while there is a 50% chance of each result, with one coin flip there is 100% chance it will be heads or tails, not 50%. You are 100% at risk. All or nothing. Interesting, but what is of more relevance is the impact on you.

Risk Impact – Would you bet your house on it?

So what can be done? – Manage risk

A lot of investing is more about managing risk, than looking for returns and there are three main things can be done.

Start Early – Have lot’s of flips of the coin

“In the short run, the market is a voting machine but in the long run, it is a weighing machine.” – Benjamin Graham

Starting early has two effects. The first is that you have lot’s of flips of the coin. If I gave you 100 flips, having close to 50% heads and 50% tails seems more realistic than if I gave you 2 flips. The second is that I’m assuming you wouldn’t take the bet unless you expect a beneficial result so over time a positive result would become more certain or likely. Positive results have the potential to compound over time and a small amount can grow substantially. You can also “ride out” any fluctuations in the market driven my sentiment.

Diversify – Have lot’s of coins flipping at the same time

“Diversification is a protection against ignorance.” – Warren Buffett

Diversifying is to have lot’s of coins flipping at the same time. Again, if you have 100 coins flipping, you can be more confident of approximately 50% being heads and 50% being tails. This means you are much more likely to have a positive result. Which is of course irrelevant if 90% of your wealth is betting on only 1 of the 99 flips, so weighting is also important.

“When you look at the results on an after-fee, after-tax basis, over reasonably long periods of time, there’s almost no chance that you end up beating the index fund” – David Swensen

Imagine you had to pay to pay per flip, surely you would want this to be as little as possible? – “Flippers” who charge more are not more likely to get you either heads or tails. Given that people trying to beat the market tend to fail, why pay them more? – Check out this bet Warren Buffett made to understand this concept better.

So, whatever you decide to do, it seems to make sense to manage the risk by starting earlier rather than later, diversify across investments and investment types, and look to reduce fees and taxes.

Read this post to learn more about accumulating wealth.

*The rule of 72, is divide 72 by the % you expect to get and that is how many years it will take to double your money. So assuming a retirement age of 65 and 7.2% return. It means

7.2% means it doubles every 10 years. It will be higher or lower, but the point is to think of the impact.