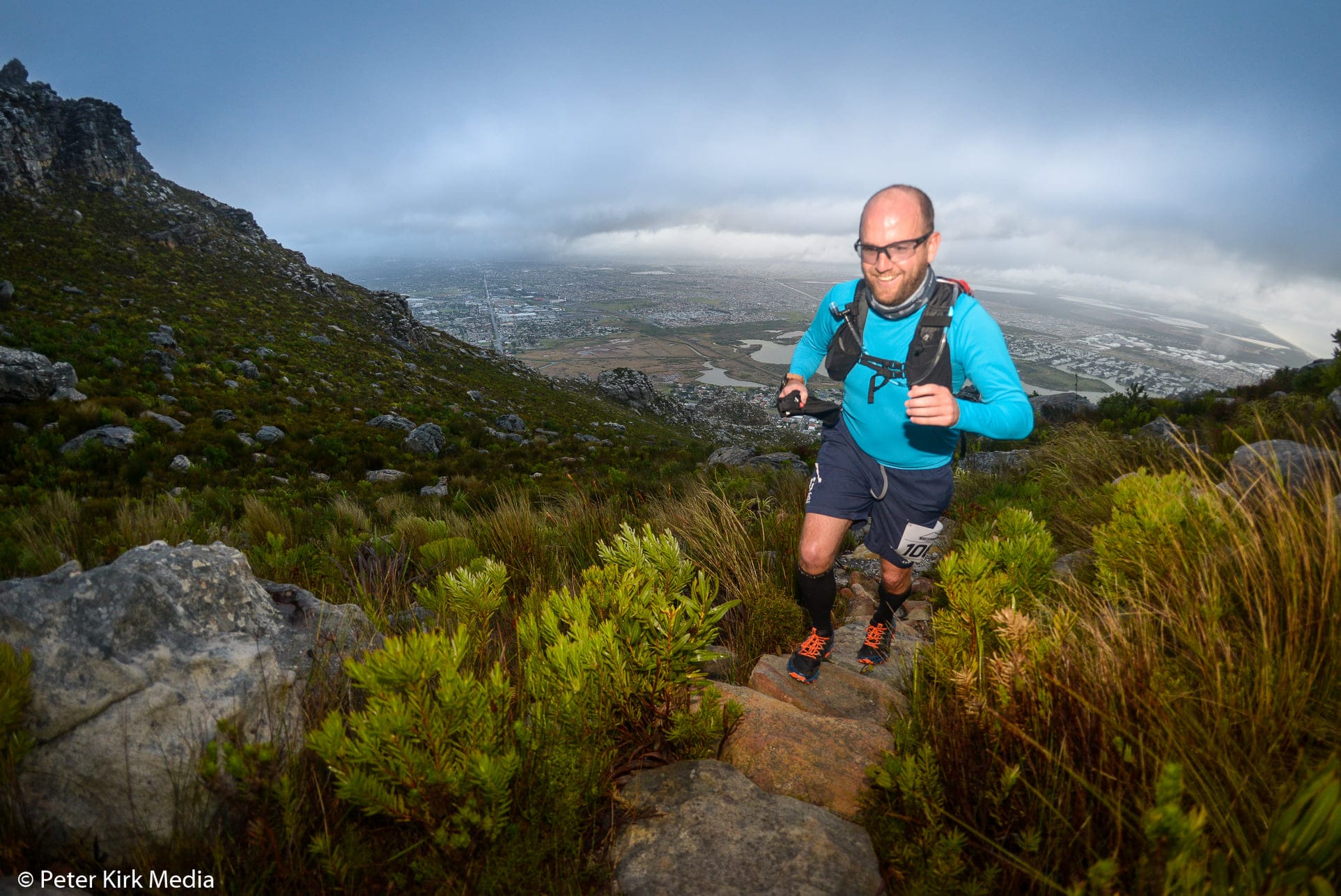 Words from a loving housemate chipped away at me, they threatened to pull away my mask of masculinity.

The first extension to the South African lockdown had just been announced.

We were all distraught and focused inwardly on the impact this would cause to our lives. Well, almost all of us. I had already kicked into gear and had been actioning what needed to happen within the division that I run, vainly trying to give them the illusory sense of control and certainty – we had a plan for this. My mask remained in place, I had been wearing it for so long that it would have felt more unconformable to remove it.

In times like these, as a leader, I am expected to project an image of strength. To lead. To be calm and centred. It is what is needed. There is little value in being a snowflake, fragile. I knew that a lack of grit and determination would leave me of no value to the world.

I have come to the realisation, or rather reminded of the realisation, that we are dynamic. Just because I can run a marathon, doesn’t mean I should be running all the time; I need to rest, I need recovery, I need balance.

A metaphor started to develop in my mind. As leaders we are like dam walls, we hold back the pressure. I know that I try to rationalise and logic my own stresses away. I am a rational person, with a relatively high degree of empathy, so I take on the stresses of others, but I am left without a way of releasing that pressure. Holding back the water for others. The metaphor continues though and I realise that just like a dam wall, I need to let some water through the gates. It doesn’t make the dam weak, in fact, the opposite, it allows it to be strong and fulfil its purpose.

The Mask of Masculinity

He wears a mask, and his face grows to fit it…

Lewis Howes has dedicated the last 5-10 years of his life interviewing and distilling Greatness. He is athletic, he is masculine, he is also one of the most authentic people in the world. In our world, I sometimes feel like masculinity and authenticity are contradictions. They needn’t be.

The Mask of Masculinity is his second book. In it, he identified nine masks that males adopt. I could relate to some of them. The one that stood out most was the Stoic mask, not the hero part, at least not in the traditional sense. Rather the quieter, calmer persona.

Amor Fati – Not Merely to Bear what is necessary…but Love it.

When referring to the Stoic Mask it is the colloquialism, not the discipline. The discipline wrestles with thoughts and emotions. It doesn’t block them out.

I can be viewed as very neutral, difficult to read. I don’t typically get excited. I rationalise a lot. It may not look like my emotional state is moving a lot, but our experience is always relative. To me, the movement feels as dramatic.

I know that vulnerability and emotions are not rational.

The Mask You Live In

This documentary helped me further explore the damages I am doing to my experience of this wonderous thing call life.

Reading the words, you may read the words “being a man” in a forceful tone. We are tough, we are strong. We are more than that. We are expected to succeed in at least one of the following four key areas –

When we don’t succeed at one, we look at another. But the lie is that because of relativism, there is no success, at least not lasting. There is always someone better. I used to think it was about control, but perhaps dominance is a better word. If we, as males, are unable to dominate, we can lash out. It’s like a pressure cooker ready to explode.

It is in the language that we use. It’s pervasive. Don’t be a wimp. Stop your crying. The result can be seen through the mechanisms of Alcohol, Drugs, Abuse, Violence and Rape. All so prevalent in South African society. A gun can be the equaliser. But why don’t we see women shooting more?

But…real strength doesn’t need to be demonstrated. I know I need to open up to being vulnerable. It is not binary, it doesn’t have to be all the time.

But why are emotions worth anything?

People fight over meaningless things, often alcohol or drugs. Our feelings are hurt too easily. We also get past things. We don’t need to carry the resentment with us. We can blow the dust away, rather than sweep it under the carpet.

My nature is to avoid conflict or rather, I favour peace. Partly because I care less about certain things than other people and partly because it works by destroying rather than building, but perhaps mostly because I just don’t like it.

I don’t aspire to be an emotional person, but I do aspire to be authentic. Authenticity is my number one criteria in evaluating who I respect and value as a friend. I pity and I avoid fake people, people who contribute nothing, just take.

In aspiring for authenticity, I reflect on my own experience in the world. There is a liberation when someone “comes out of the closet”. My homosexual friends are disproportionately the most authentic people I know. The challenges they have faced are not something I would wish on anyone. But like a lot of stress and suffering, the outcome is beautiful. They hit a critical point, where the desire to stop living a lie, wearing a mask, overwhelms the pressure to. They stop feeling incomplete. They begin to feel whole.

Life needs to be more than transactional. We don’t remember events nearly as well as we think we do, rather we retain how the experience made us feel. By not feeling and experiencing emotions, we are missing out on so much of life. It’s like removing the sense of smell or taste, the function is the same, but the experience is just bland.

I knew I want to feel more. To give myself permission and as is my method, I decided to do a Life Experiment.

I wanted to see if I could release some of the emotions that were being suppressed. In a controlled manner.

The exercise in the book for the Stoic Mask was to write down the 5 most painful moments in my life. What happened and how did I feel. One was enough for me, but perhaps other people may need the third or fourth option, to get to a more honest answer.

My dad died when I was nine, shortly after, I was told by well-intentioned people that I needed to be the man of the house now. Not from my mother and sister, but from other people. I needed to be a rock.

This I have carried with me. In the last 4 or 5 times when I’ve been a groomsman or best man, the groom would refer to me lovingly as the rock (or similar terms), the person who is solid and there for them whenever needed. It is a valuable trait, one I wear proudly, it is natural to me, but it is not all I am.

I think we have 3 forces that influence our behaviour. Our natural traits, the world’s generalised expectations and then our own personal experiences and hidden scripts. So the challenge I have, is that I do not know now how much is a mask, how much is my authentic self and how much is forged out of circumstances and expectations.

I continued the experiment, by creating a movie watch list. As it was Lockdown and I had the time and space, I tapped into my housemate’s list of “Chick flix”, although she was quick to point out that these were ones she truly enjoyed, not just the formulaic genre. I started with:

Beginning the post-movie binge debrief, my housemate explained that these movies were slower. They take longer to get to the point. There are Layers. The stories are deeper. They were not the obvious BS versions of romance. I still wasn’t where I wanted to be, but I was starting to understand. I continued the experiment, beyond her recommendations.

Ironically, it was two sport related movies that touched me, but the story was about the individuals over the athleticism.

I found it interesting in both Coach Carter and Facing the Giants, they had a goal of winning their respective championships. – When asked – Who won ten years ago? Five? Three? – None of them could answer. What was perceived to be a success (and dominance), was meaningless or at least fleeting at best.

It showed that the goal was to change themselves and this could be done by pursuing the goal of the championship. The goal was not nearly as important as the process followed.

There was a time when being the strongest won you the game of life, this is no longer the case.

Some specific lessons for myself.

Without this, we miss what we really want out of life.

The mask of masculinity has a nice ring to it. Layers are perhaps a more fitting metaphor.

What is authentic for me? – I don’t want to play a role for others. That said, when I travelled, I was able to try on different versions of myself, all felt authentic. At school less so, I was typecast, it was circumstantial.

How do I separate the meaningful from the pointless? – In most ways it’s all meaningless or does that then make it meaningful.

What awaits? – Emotional freedom? A weight off my shoulders? Deeper relationships*? A greater feeling of acceptance and belonging?

How long will this journey take? – Does it matter?

*After engaging in this experiment, I am in my longest and most fulfilling intimate relationship of my life. I have no idea if this experiment had a specific impact or not. I do know that things are far more meaningful when shared and what is the purpose of life if there is no meaning.