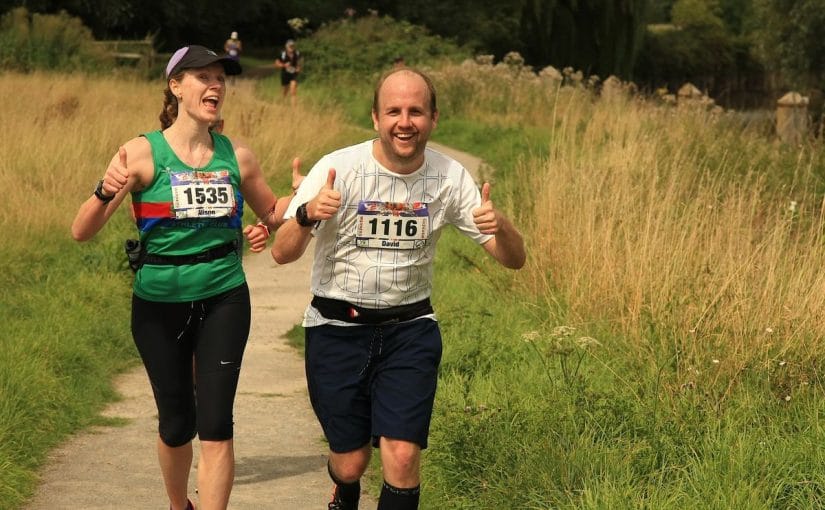 “But you are a runner” – I was taken off guard the first time someone said that to me.

It had been a slow evolution, rather than a rapid transformation. Starting as the most convenient and flexible way to lose weight. That changed in December last year I set myself 3 key goals for the 2017. One of these was to run a marathon. Not because I could, but rather because I shouldn’t be able to, at least according to conventional wisdom, a unconventional approach was needed.

I had to follow a contrarian model, running less than “required”, putting on weight instead of losing it and then fasting in the build up instead of carbo loading. I did what worked for me, what made sense to me, not what was text book right.

I wrote about this more extensively here, but in short I was an obese corporate desk jockey with scoliosis and shin splints and managed to become a runner. To give you some perspective, my previous longest road race was a 5km almost two decades earlier. By focusing on doing the right things consistently, I was able to consistently making marginal gains. The compound effect is a powerful force.

Lesson 2 – A training programme designed for me was needed

In December I started a transitioning programme to minimalist shoes. By late January I was back up to about 10km.

It was then time to design or find a training programme that would work for me. I read extensively, some were suggesting running up to 5 times a week and complementing this with cross training. That would have been better, but I just couldn’t do it physically, I would have injured myself.

So I came up with an average plan, that I could follow. I read about the proponents of “train less, run faster”, which is closest to what I did, but even that would have pushed me into the red zone.

In the end I did 3 runs a week. The first was a hard 5km to keep my speed up. The second was an 8-10km where I focused on variation in running and technique, so parts of it may be a fartlek, other parts were focusing on stride, others on impact. The third run was a long run, starting at 10km and never increasing more than 10% or 1km per week. I had to listen to my body, which didn’t mean I always agreed with it, but still I listened. Sometimes a niggle wouldn’t go away until I ran. In fact it felt like I always had one injury that would move around.

The aim of a training programme should be to give the belief and ability to complete the marathon. The rest can be individually variable.

I told myself that bad runs or ones I didn’t feel like doing counted double. The next one was better, usually much better.

I knew that recovery was sooooo important, as is consistency. Knowing I couldn’t do a typical plan, I instead chose to extend my training plan, adding a couple of months. I also put in a break week from the long run every 4th week (sometimes injury or schedule imposed). I realised that joints need to be used, a lot of old injuries disappeared over time.

Lesson 3 – Diet, nutrition and calorie surplus was key as the runs got longer

I am often surprised how many people worry about energy bars, bananas and protein shakes for a relatively short run that could easily be covered by their regular diet and (ahem…fat) reserves. For me, if I was doing anything less than 10km or 1hr, I didn’t worry about it.

In fact I  used to run on fasting days without any issues, but once I started breaking the 1hr barrier, I went into calorie surplus. Food was very important for energy and recovery. Those long runs would have been horrible but for the protein shakes and recovery bars. I used the Tribe marathon packs as a base for this and then topped up where needed.

The conventional wisdom is to carbo load in the build up to the race. I chose to fast 2 of the 5 days, I figured carrying 2-3kgs less around would be worth it.

Lesson 4 – The build up wasn’t smooth, I knew it wouldn’t be

A couple of marathon running mates told me that it wouldn’t be a smooth build-up. I started to get nervous the week before, suddenly scouring the web for any training programme that looked anything close to mine. I found none. Eventually I just decided that if needed I could just drop my ambitious sub-4hr target.

The week before I got an e-mail saying no earphones were allowed, they were distracting. I had always run with headphones and thought, “Great now I have to focus on my pounding feet.” Or the scenery?

A few days before, every injury I had ever had started to reappear. It was just nerves (I hoped).

Lesson 5 -Dress for comfort and performance 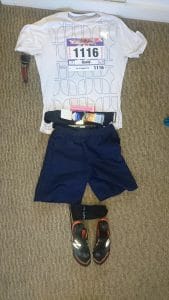 I dressed for comfort, making sure nothing was new on race day. New things chaff.

I used all my typical “long run” gear, I also stocked up on Tribe Bars, a small tub of Vaseline (in case it rained or something, chaff early in a race would have been a killer) and some ibuprofen. I kept this in a rather unsexy runners belt.

Lesson 6 – Enjoy the race and supporters make a difference

I have/had no idea if this would be my only marathon, I was determined to enjoy every minute of it (I managed to enjoy most of it).

I told myself to smile. It helps with rhythm which is important. Too slow is tiring. I learnt this from my training runs. I actually went out too fast, it was comfortable though, I was not pushing myself. So, I just banked the time for later.

In the end after months of training, and many lessons learnt, I achieved my goal of running a marathon.