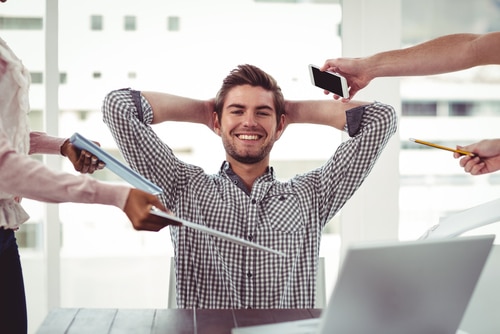 If you get your work done quicker and better than your colleagues, what would you get rewarded with? – Unfortunately the reality is that you’ll typically get rewarded with more work. A better reward would be the freedom to direct your activity more during the “surplus” time you have earned. This would focus you on getting the important things done, quickly.

Things are never going to get better

With the proliferation of productivity technological advancements, we should be harvesting shorter, not longer working days, we should be directing more time to creative innovative solutions, not slugging away at the next “critical”  issue. So many of us live in a state of feeling like we are going from one urgent crisis to another. Never improving. Until we create the time to create, we will never have the time. It needs to become a priority.

I’ve been fortunate to have had some very good managers, who have given me (I’ve earned?) the leeway to explore my creative side, finding solutions to make life easier, I do this while I find some other people comfortable in their apathetic contentment of “that’s how we have always done it.”

Where is their curiosity? – Has it been snubbed out through restrictive and constrictive uniform policy?

Paid for delivery; managed for tasks and time

A key question is what are you being paid to do? – Most jobs fall broadly into three categories, time based, task based and deliverable based. For many in the corporate world, their job is all about delivery, but they are managed according to time and tasks. Looking at expectancy theory, what behaviour do we expect this to drive? – When demanding long hours and high utilisation rates, it should not be surprising that the result is in line with expectations, the result being additional unnecessary work or tasks being created and then completed. When a company fails, it is unlikely going to be because their utilisation rates weren’t high enough.

Instead of freeing or liberating the best performers. We typically have designed a management style and process to bring uniformity, which tends to shift people towards average. This average then usually trends lower than the natural performance average. We reward the slackers and penalise the best.

A better alternative – liberate the employee

“Give me six hours to chop down a tree and I will spend the first four sharpening the axe.” – Abraham Lincoln

We need to focus on getting the right things done. Then leverage the benefits of all the added tools and technology to allow people to be more productive in a shorter space of time.

People will generally have started in a field or industry because they have some aptitude or interest in it. It would be interesting to see what they pursue given the freedom and opportunity to do what they want, what they would come up with. There is a good chance they will pursue something to the benefit of the company, if not in the designated time, they will have more mental freedom and freshness to overcome the repetitively draining and persistent issues they currently face. They can become better people.

How we should better liberate employees

“I cultivate empty space as a way of life for the creative process.” – Josh Waitzkin

We need to break the culture of creating work. How this is done will be dependent on organisational cultural fit, but I have jotted down some ideas below:

There will be a worry about people abusing this freedom. The reality is that lazy employees will be lazy anyway. If abused, the policy (billed as an experiment) can be cancelled later. This is about giving people a chance, a licence to direct their time more. Allowing superstars to show themselves, rather than try revert everyone to the mean, which has become a rather mediocre mean. To re-purpose a phrase from the All Blacks – A better person makes a better employee. Companies should want better employees.