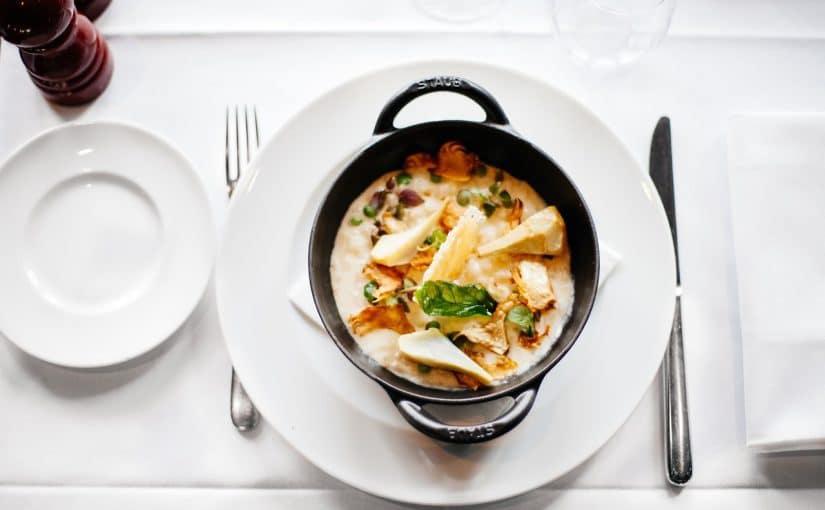 I grew-up (well, maybe I still am growing-up) in South Africa. It is a land of plentiful good quality meat. A birthday or event (like it being Friday or a Saturday) would involve a Braai-BQ. Aside from braais, I only considered it a meal if it contained meat, 1 meat, 1 starch and perhaps 1-2 vegetables. Breakfast occasionally got a pass from this rule, obviously not on a week-end, bacon was a must.

A couple of years ago a housemate went Vegan, before drifting to being a vegetarian and then back to meat. During the time, when it came to communal cooking, most people would cook a parallel meal. I just cooked vegan for everyone, the first couple of weeks were tough, then I quickly got used to it. I’d simply search BBC Good Food meal of the week.

Truth be told, I had started cooking vegetarian well before that, it was mostly to show that a meal could be healthy and tasty at the same time, something that seemed to be a binary choice for the rest of the house. Vegan was trickier, but once the kitchen got stocked, workable.

I make decisions quickly, intuitively. Then I reflect, dig deeper and challenge my thinking, my hidden scripts, before I confirm my decision. It is interesting how different the evaluation process is when deciding away from a choice, rather than towards it. I felt it was time to do this with becoming a vegetarian or at least a flexitarian (significantly reduced meat intake).

Typical arguments for becoming a vegetarian

Individually, none of these reasons were compelling enough for me. Put them together. The shear weight of evidence is persuasive. Like pebbles on a scale, add enough and it’s heavier than any rock. I decided to give it a go.

Going vegetarian (at home) – As a test case

I decided on a 21 day challenge, allowing meat on the week-end.

The result – A flexitarian

I found that I would usually eat meat only on one day, I just stopped buying it. With certain things, the meat is not what we really enjoy. A pizza, a sandwich, it is often the sauce.  Clearly I’m not ready to give dairy (at this stage, maybe in the future). I have noticed vegetarian substitutes have improved considerably over time.

Going forward, I decided to continue eating a plant based diet, at home.

I still do steak nights with the lads. I still eat meat at friends houses. Initially the intention was to only eat meat on week-ends, now, oddly, as the habits are formed and what I have stocked my fridge has changed, I have found that I seldom cook meat anymore.

In not trying to be perfect, just better.

Are you up for a 1 week/month vegetarian challenge? Or perhaps have 2 designated vegetarian days a week? – The worst that can happen is a bit more variability and creativity in your diet, the benefits could be immense.

Read more about from the World Economic Forum – The unbelievably simple way to cut greenhouse gas emissions from the food sector in half.

Another way to help the plant is to shift where your investments sit.