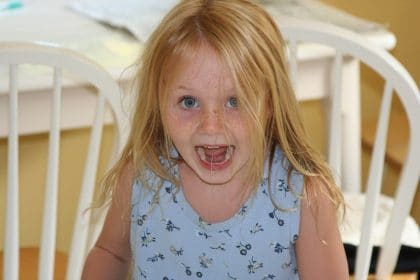 “Everything we hear is an opinion, not a fact. Everything we see is a perspective, not the truth.” – Marcus Aurelius

No matter who you are, there will be situations in your life which frustrate you. There will be people that you encounter who will annoy you, those you find difficult to deal with. It may be a personality clash in general or situation dependent. What bothers you, may not bother other people or more likely it does, but perhaps less than you.

Recently I have had a situation that was bothering me. It shouldn’t have, it was inconsequential. But it did. I thought about it regularly, I felt vindicated, they were clearly in the wrong, how could they? – I thought a lot about how to approach them, how to broach the subject, I wondered if I should try to ignore it, to them it was nothing, to me (and others) it was causing disproportionate stress in my life. But after a while, realising that I couldn’t go with the status quo, I decided to look a bit more closely.

Why is it so annoying?

Most of the time it is difficult to pin-point why it is so annoying and frustrating. It is often petty.  It may be because of repeated “offences” building up or it may be it makes the offender’s life easier and in your view at the expense of others. The individual’s benefit, impacting the community at large. They like it one way, and do not consider what other people’s perceptions may be as to what is considered acceptable. From your perspective it is selfish, from their perspective it is reasonable, after all, it doesn’t really impact others.

It can end up like the small stone in your shoe, harmless initially, but persistent. An important recognition should be that it doesn’t bother the stone at all, you are doing all the work, the movement causing the abrasion. You may end up feeling the frustration building even in anticipation of the likelihood of the event, during the event and then subsequent to the event. It can end up being very painful, far out of proportion to the event.

Can we all be a little more self-aware?

Perhaps the question should be, what is acceptable when people have different thresholds or levels of tolerance? – Being disorganised or cluttered could just as easily be replaced with care-free and homely.

Perhaps we should all practice and encourage a little more self-awareness? Am I a whiner bringing other people down? Do my preferences impact others? Am I looking for someone else to fix my problems for me? Am I prioritising my convenience over other peoples? – All good questions to help develop more self-awareness.

Self-awareness is the first step in emotional growth and development, yet is so often neglected. Emotionally intelligent people strive to develop this mindset as a priority. By taking a moment to think about how their personal actions may impact others, it initiates two key triggers. One is that is enhances their ability to see things from some other people’s perspective, two is that they start observing their own behaviour more clearly, making adjustments where needed.

What are the approaches to over-coming frustration?

It is very easy to fly off on an emotional rampage that generally does more damage than good, this is balanced against the power of a few “clear the air” arguments, which will probably have a positive long term effect. Perhaps though, it is more useful to look at different philosophical approaches, of course they are more complicated than I have explained below, but I am pulling out a key lesson or insight that they provide.

So, what is my approach?

All the above approaches are useful, dependent on the circumstance or the personalities at play. By adding some mindfulness perspective, I have the following synthesised six step approach to dealing with frustrating situations:

I tried this and it works, but it is quite slow, so for the more trivial, I have found something that is proving to be powerful and effective. I simply use the mantra said out loud and with conviction – “___fill in the blank___ annoys/frustrates me, but I chose happiness“.

Recognising that life it too short to be annoyed all the time, I refuse to give these situations the power they could have over me. I am back in control. So next time something frustrates you, maybe you should try using “…..annoys/frustrates me, but I chose happiness“.