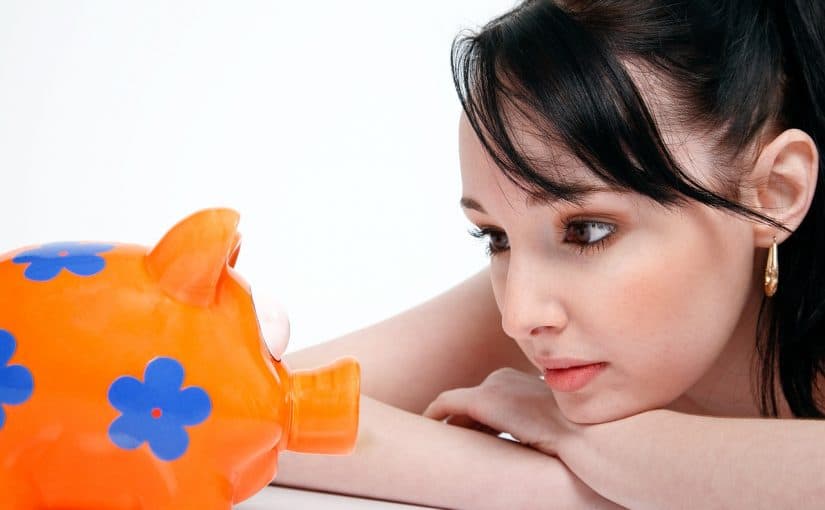 I have worked regularly since I was 18 including during my University years and as a consequence, I generally seemed to have had a greater cash flow than most of my contemporaries. Note, I wrote Cash Flow, not Cash, cash flows in two directions.

With short term debt increasing and a feeling that I am going too slowly towards Financial Freedom.

I had three options:

I wanted to find a way to become a more conscious spender without impacting my happiness, more frugal, it was time for another life experiment.

After I secured what I believe is a sufficient pension base to grow over the next 30 years, assuming a reasonable return, I took 6 months off  and got a loan to start Reaching Aspiration. Once it was up and running, I then returned to work a four day working week and moved from a house share to a flat, taking up a mortgage. During this entire time my buying habits have remained the same. I am working (earning) one day less, my fixed expenses have doubled and I continue to invest in my projects, while paying down my loan. It is not surprising that the short term debt has been creeping up, at first I had the money, I just wanted the points, then I paid it off each month, no problem (one month deferred), then one month I couldn’t, I ended up having to pay interest. I knew I needed to change.

Additionally, I am not investing as much as I would like, to accelerate my path to financial freedom, where my passive income exceeds my active expenses, with a “freedom buffer”. It is clear, I am no where near where I should be, but no regrets, I could be a lot worse off and I will be better going forward. I have been wise in allocating a significant portion of my income to my pension (maximising and exceeding the optional Employers Matching contribution, which too many people miss because it requires completing a form) and have equity in my flat.

How we do one thing, is indicative of how we do everything

I am one for experiments. They are more fun than than goals or challenges. The experiment here was to see if I could change my consumer given wiring. The urge to buy, impulsively.

In the past I’ve used the time argument that £2 isn’t worth my time considering, which is true, in isolation, but I was ignoring 4 factors:

The Experiment in Three Steps:

Step 1 – Review my expenses by going through my accounts in detail (credit card and current) for the last 2-3 months and try to reduce or remove all of them, focusing on the regular ones

This is not about only reducing them, this is about ensuring I get the best value. I consider myself pretty good at finding the best available deal, I enjoy the process and people regularly come to me for suggestions. So what followed was a surprise.

To be fair, some of these resulted in a slight drop in quality, for instance my Pact Coffee delivery, I went from the Premium to the House brew, as I get it weekly, it saved me £150 per year. I had questioned if it was worth it, or at least worth trying,  I can always upgrade later. I (briefly) considered going for instant coffee, but I enjoy good coffee. I’m a coffee snob, not a connoisseur, so it seemed like the right compromise. It’s about finding the best value for money, not the cheapest.

Even for the expenses I was unable to reduce, I now have a much greater awareness of how much it is costing me. For the expenses that I feel I was already on the best deal for me, I smiled and those which can be improved when the contract expires, I have put a reminder to check a few days before the renewal date.

Some other types of indirect wins:

And I thought I was good at getting the best deal….I guess I had let that slip. That and priorities had changed.

Step 2 – Write down all outgoings for 21 days

The purpose of this exercise is to be conscious of my spending. So far, I have down it for three weeks. Even if all it does is to create a little hesitancy before spending to avoid writing it down, it is a win. This works with eating, exercise and productivity. I didn’t even need to consciously use my limited will-power to change, I just did. The first step was awareness.

I looked to ask 2-3 questions with every purchase:

I got a small A6 notebook and made 6 columns – date, amount, what/where – then the 3 questions above. After 7 days (granted my peak payment days), I had 29 payments!

I also switched on instant notifications for Starling and Amex, the other accounts (which I am switching away from don’t have this option) to get a double hit.

I realised how important frequency is. Some made sense, but it was really the volume that surprised me, 10 trips to the supermarket and £150 spent. This is while being conscious and buying less frequently on the trivial. I started buying more in bulk and freezing the surplus, not sexy, but is much cheaper and helps with portion control.

I didn’t even buy containers to use for freezing, I just used ones I had from left over from take-away deliveries. Writing this, I have suddenly realised that I haven’t used Just Eat in three weeks. I used to use it 1-3 times a week at £12-£15 a delivery, instead I have used Cook Food getting their 15 One-Pot meals for £64. I don’t think I could cook for one at that price and it’s suits my convenience lifestyle. Then for Pizza Sunday, I get a premium pizza from the supermarket. Assuming I do get some take-out going forward, this realisation is still probably going to save me £500 pre-tax. Frequency is important.

I knew I was starting to question value, when I wasn’t prepared to buy the Alchemist when it was 50% more for the Kindle version than for a new paperback copy. Instead I click on the link “tell us about a lower price” on Amazon and said that I had found it cheaper elsewhere (a link I had never noticed before). Two weeks later it was cheaper than the print copy and I bought it. Annoyingly, as I check it now, the paperback is even cheaper.

Going forward I plan to continue to write down all my spending in my notebook daily. I will stop the questions. I also have set reminders when contracts are nearing completion and an annual financial review reminder, I’m not sure it will be worth £475 an hour, but that’s what I thought last time, it should be quicker. I already regularly review my investments, but of course, cash flows both ways.

I plan to pay off my short term debt and close down my credit cards and have set up a monthly reminder to do this. I signed up for each for specific reasons such as forex options or points, but I have realised that multiple cards blur and dilute spending in terms of time frame, amount and awareness. I was spending money I didn’t have to get points of negligible value, wiped out in month of interest payments. I was not clear where I am spending my money. I will re-evaluate if the Amex Platinum is still worth it, at this stage, given the amount I travel do, it probably is, but it is expensive.

I also plan to ask for a discount 10 times in the next month. This more of a comfort challenge than directly an attempt to save money.

Could I call myself frugal yet? – Probably not, but I am heading that way. This exercise will probably save me thousands of pounds over the next year. I was able to pay off the rolling debt on my credit cards and overdraft completely, with one month of being frugal, with two months, I plan to get rid of the lag and in three months close what I can. Simpler and clearer.

The weird thing, I’m happier, as I am seeing more value in my purchases and I do not have the same stress of worrying about when payments will go out. I challenge everyone to try this experiment. Perhaps it will take you longer to pay down your debt, that is okay, the earlier you catch it the better.

The experiment is powerful in behavioural change. It is not (only) about saving money, it is about getting the best value for your money and the pursuit of greater financial freedom.

The point of this all is that expenses do creep up over time, but it is in our control to manage them with conscious action. Times are hard, they never haven’t been and won’t get better until we follow the simple principles of spend less than we earn, invest the surplus wisely to work for us and make ourselves more valuable to the market place. It is not complicated, it is in our control, it may not be our fault, but it is our responsibility.

This experiment was based on the second cure in – Lessons from – The Richest Man in Babylon.

P.S. You will notice this post is littered with referral links, far more than normal, but I figure it saves you money and helps support my efforts and this blog.