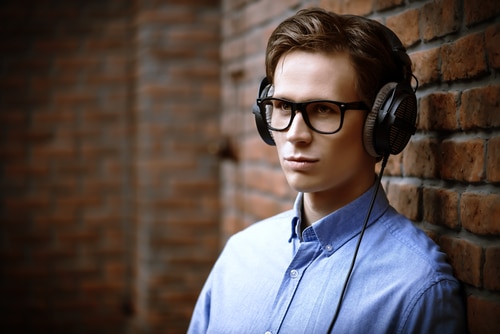 I have recently had my happiness challenged in my life. The joy and rhythm I have so delicately cultivated is still fragile. I know it is stronger and more resilient than it has ever been in the past, it is less influenced by the behaviour of others and the ups and downs of life. Still, the feeling of fragility causes me to do what is natural, I go on the defensive, I shift the blame to others. The irony is that self-absorbed behaviour of others causes a shift in my state from self-aware to self-absorbed. It is contagious. So how can strengthen my immunity?

Few would want to rationally make the journey from self absorbed to self aware. It’s like finding out you are living in the Matrix, being self absorbed is a preferable mental construct compared to the reality. Many may prefer to live in ignorance. But I want to be better, to do better, and to do that I need to recognise my own short-comings, it is the only way to be better.

I struggle to recognise self-absorbed behaviour within myself, it is like trying to tell what colour my eyes are, without some serious reflection it is almost impossible to do by accident. So, careful reflection is needed.

I recognise it in others more easily

Before defining what it means to be self-absorbed and what can be done, it is worth thinking through a couple of examples of where I have found it in others, to look for common characteristics. It is far easier to spot faults in others than myself and then ensure I avoid this behaviour.

I have lived in and out of house shares for over a decade now. Everyone has their quirks, so I will consider some of the more extreme examples and I can think four periods in the space of over a decade where it was in the extreme. This is when one self-absorbed person’s behaviour in the house makes the place uncomfortable and tense for the rest.

On reflection, it is easy to spot them in hindsight, they have some consistent behaviours. In a house share, privacy is at a premium and a person’s bedroom is sacred. The self-absorbed, are the ones that knocked on my door at a time convenient to them to ask for something, rather than dropping a message. This may have been reasonable on occasion, but the frequency left me thinking otherwise. They are quick to point out where others are out of line, they are slow to recognise when they are out of line and may even tantrum like a child when it is pointed out to them. It’s not them, it’s you, or they justify that it’s just who they are, feeble. They’ll happily inconvenience others at their convenience.

The second clear example is on London’s Transport network. With a change in focus on my role and current difficulties working at home, I had to join the commuter class again 3-4 times a week. I had deliberately made decisions to limit this, but some things are out of my direct control. At least in the short term. The self-absorbed push ahead of you when you were there first, they get on the train while you are getting off, they stay seated when someone is in greater need, they wear backpacks or large handbags absent mindedly knocking other people and taking up a disproportionate amount of space. They will sit in the aisle seat on a busy train blocking access to a spare seat. They just want to get home as comfortably as they can, it’s reasonable, justifiable, self-absorbed.

Examining what is self-absorbed

I started this post in an attempt to better understand self-awareness, but as is often the case, it is easier focus on the relative state. At first I thought being self-absorbed was the same as being selfish, it is not. Selfish people do what is in their best interest, which often is in the interest of others, as that is more likely for them to get what they want. Selfish people are more honest in their intentions. So not selfish, self absorbed.

In my experience there are signs of when people are self-absorbed and likely to become toxic over time, slowly and it is not always as obvious as the above examples –

Recognising it in me and avoiding the contagious

I noticed on a recent trip how when things are going badly, self awareness can quickly disappear and it becomes difficult to see it from another’s perspective. I noticed people standing in the way of others, sorting themselves out, unnecessarily and unintentionally in the way. As soon it’s pointed out, there is an urgent hustle to move, it is not intentional, it is self absorbed.

I was on a golf tour and I was playing badly, so typically behind the other players on most shots. It was tough out there and they were focused on trying to do well and keep up with play. Instead of asking them to be more conscious of moving while between me and the pin, I sulked and let it get in my head. Then when I did ask, it was as an accusation, rather than a request, so naturally I got a defensive response. This resulted in a downward spiral of behaviour and mental state.

On my next run, I reflected and realised I should have gotten out of my bubble. When I think to myself, how they could be so self-absorbed, I realised “they” was key, I was blaming others, that is self-absorbed.

I now circle back to my developing Stoic philosophy on life and I focus on what was in my control. To do this effectively, a distinction between short and long term needed. I am a fool if I do not factor in the prevailing wind to my course, my long term strategic decisions must reflect this. So I move away from toxic environments and situations. I recognise that there is always less that can be done in the short term, the winds can blow me around, a skillful captain works with this. I am the captain of my ship.

In the short term I manage the situation, protect my immunity, I do this by:

So, what is in my control? – All of it. In the short term, I manage the influence on me, in the long term I direct myself away from it’s influence.