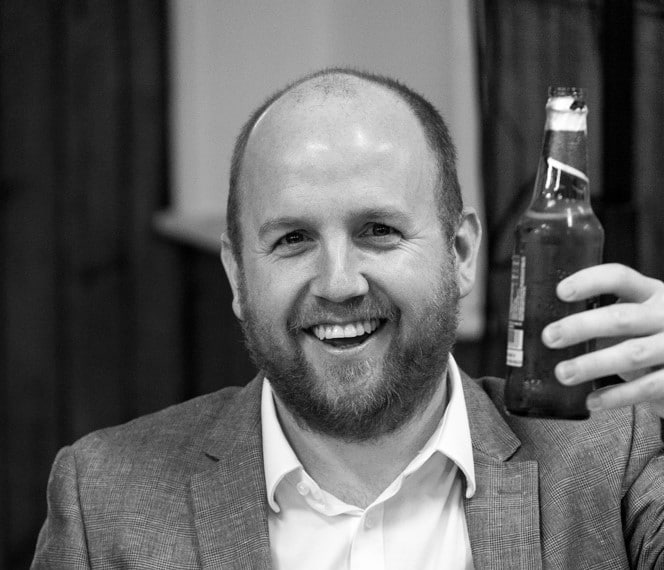 Last Sunday was a write-off. I had a headache after a night of disrupted sleep. I was grumpy.

To think, this was so so so many Saturdays or Sundays (and honestly more week-days than I’d like to admit) feeling like this. Only this time it wasn’t from my own alcohol consumption.

We had a guest, who completely abused our hospitality. I won’t go into the details, but a distant association, who had done my house-mate a paid “favour” to transport something from Johannesburg to Cape Town, asked to stay for one night. It was a reasonable request, we could help him out, we wanted to help him out, so we obliged.

There was no way we could anticipate his behaviour that at best can be described euphemistically as self absorbed. He literally stole a precious day from me, to think about how many days I had stolen from myself in the past.

After a cold swim and a nap to shake off the grogginess, I started to feel more alive. I thought through the positives of the situation, the lessons learnt:
1. I knew we needed to be able to dampen the sounds from under the gap at the bottom of the door, before some new house-mates moved in.
2. I didn’t have the energy to be as active as I would have liked to have been, but it was a good recovery time for my legs and feet after an uptick in exercise since going alcohol free (AF).
3. We needed to be more careful in our house guest screening.
4. It reinforced how destructive alcohol can be. I don’t think I’ve behaved as inconsiderately as this guest, but I certainly have not behaved in line with the standards I expect of myself.

I looked at my tracker app. It had been 160 days alcohol free.

On the 18 Feb 2019, I made a decision that had been brewing a while, the previous Friday I celebrated early birthday drinks, I drank too much, spent too much, “had fun?”. I drinking birthday celebration was a habit. The next day was a write off, then on the Sunday I went for a braai and more beer, but I kept it chilled, how alcohol should be.

I knew that I was not performing at work to my potential. It hasn’t necessarily hindered my career, but it also hasn’t enhanced it (networking) as much as I pretended.

I decided to do it as a challenge, an experiment, 90 days alcohol free. See what happens, there was no downside.

It’s the only drug that if we don’t consume, we are considered to have the problem

I signed up with OYNB for the 90 days of alcohol free challenge. I’ve done 30 days a few times in the past, but I wanted something more transformative.

I knew I could quit, for a while, but I wanted to change my association, my habits, my perspective. By societal standards I wasn’t an alcoholic, then again, perhaps society is too lenient and there should be grades of alcoholism.

Initially I told people I was doing a challenge, which get’s less resistance. Then more and more I’d say that I don’t drink. No excuses, no reasons, no justification.

Some parts were easy, some parts were tricky, like those first few social engagements. After a while, meeting up with people who were just drinking became boring. Particularly after they started slowing down, repeating stories and becoming less coherent in general. I began to switch drinks to activity.

Moving to Muizenberg has helped. It is pleasant to walk/run around. In previous years living in Croydon, it took 2-3km to get into the Green Belt. Fine for a long run, but not a walk.

One practical issue I faced was that AF (Alcohol Free) alternatives were typically sweet and laden with sugar. This is rapidly changing, with more and more alternative options beyond a Club Soda or a Lime and Water.

My perspective has changed – I’ve come to realise that drinking is like putting time on the credit card, you never pay back less than you spend and usually more, with an extortionate interest rate if not controlled.

It feels like it is reducing anxiety and stress, the reality is that it is just deferring it, with interest. The drinking debt cycle is a tough one to get out of.

Money
• I’m saving money – this has allowed me to aggressively pay down debt as part of project FIRE40.
• My Uber bill has dropped – I can drive everywhere (and can drive back)

Health
• I sleep better – We think we sleep better with a nightcap, the truth is that we do, initially, that is until about 4-5hrs in, when the withdrawals start. I am now going to sleep earlier, waking up earlier.
• Heart rate dropped – Gone are the red-lining runs to spending more time in the optimum zones.
• Less or at least healthier versions of junk food – Alcohol reduces inhibitions, the cousin of will-power.

Activity
• More social – I can make and enjoy more plans on weekends
• Looking for healthier ways to decompress – I regularly walk 10km-20km on a week-end (in addition to runs)
• I still have AF beer – it triggers the same feeling at the end of the week that it time to wind down – perhaps this is Pavlovian
• First week or two the hardest (I avoided too many social situations) – I didn’t go out, when I did and I got bored more easily.
• I used to plan my runs around my drinking (huh? – Is this what balance is?)

Perspective
• It’s not a punishment – Most people are supportive and I don’t miss it. Week-ends are more about Saturdays and Sundays than Friday nights out.
• Drinking often is to make something boring seem fun – We drink until we are simple enough to enjoy what we are doing at that point in time. Listening to the conversations of drunk people…urgh.
• I look back at what I considered fun with disappointment– My behaviour. The money spent, no wasted. Some would have been spent elsewhere, but on balance I’d be richer.
• I get bored easier – Without the easy outlet, I’m forced to find other things. Eating is one option. On balance, I’m eating better, but a drink does sometimes get substituted for a treat.

Some people are generally moderators, others are generally abstainers. I’m clearly an abstainer, I can go without something happily, but give me one and I want many.

I came to a realisation that I’ve started to see drinkers like smokers. Each to their own, both habits can be done with relatively low impact to others, although the reality is that few can claim no or even low impact status.

I realised, like with so many things, there was more “fun” when I was drinking. But it comes down to one simple question:
“Is my life better with or without it?”

Will I drink again? – Probably, maybe, no? – I find committing to something for life to be too much pressure. For now, I simply don’t drink.